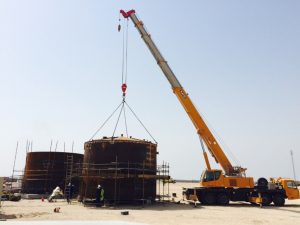 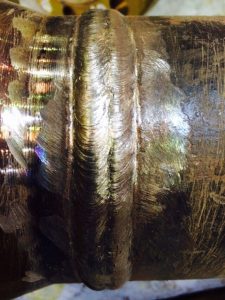 hat to do when your client says “but I really want a Canadian-style, non-field erected, engineered, shop-built 2,500 Bbl tank”? They say that if Moses won’t come to the mountain, the mountain must come to Moses.

In this case it was a little bit easier.

OilPro brought together expert teams of tank fabricators, welders, shop foremen, draftsmen and engineers to find a way to design a tank able to stay as close to API 650 guidelines as possible, while enabling our customer’s own preferred fabrication shop and local welders to build the tanks in-country. This made logistics easier, but it also sped up the timeline and made local content guidelines frequently found in MENA (Middle East & North Africa) countries easier to comply with. 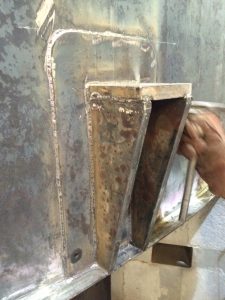 Where in the past many such tanks would have been bolted API 12B tanks, now increasingly demands are for engineered higher pressure tanks. This is because it is increasingly less acceptable to vent tanks of any size to atmosphere with commensurate GHG emissons.

This increased demand to contain emissions led to more VRU’s (Vapour Recovery Unit) compressors and blowers being used. These operate in a narrow band as they cannot over-draw. The VRU’s are also part of a gas make-up system, so the tank needs to be designed for pressure but also have nozzles fitted to bring in and draw off gas as required during daily filling as well as cyclic thermal expansion and contraction caused by weather and night and day cycles.

This means that no longer is it acceptable to just put a single weld on a roof seam and expect a thief hatch to have every contingency covered. Engineers need to calculate nozzle loads, wind loads, venting and keep up and downstream components in mind. 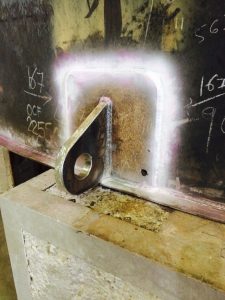 Our Kuwaiti client wanted us to build 32 Oz. API 650 Guideline 2,500 Bbl tanks and then truck them to site. OilPro and KamberFab sent an experienced shop foreman over to Kuwait and together with local welders, QA/QC people built a number of tanks, using OilPro drawings. This had never been done in Kuwait with tanks of this size, so everyone was quite excited to complete this project. 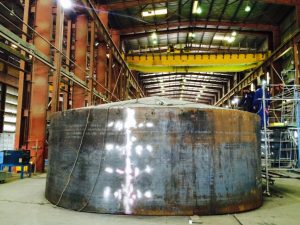 As this was an Early Production Facility, timelines were tight. The project was completed in short order and our client was very happy with the package he bought from us.

Are you interested in building tanks in-country using Canadian expertise with transportable API tanks up to 3,000 Barrels? 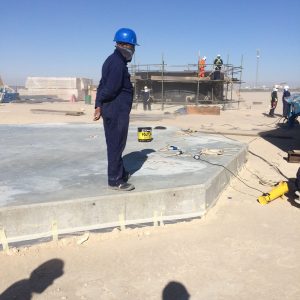