This article was written about 2 busts ago with the help of some good friends in the pumpjack maintenance business. Some have retired, and some are still around, but as our collective memories are hampered by the exodus of the Boomer generation and as most of this is still quite relevant I feel it’s time to refresh our collective memories and share some of the newcomers to the oilfield, which has seen drastic increases in both the brands and the sheer number of pumping units, particularly on multi-well pads.

Those who own and operate pumpjacks know that once you buy a pumpjack, you’ve entered a long-term relationship. The pumpjack is such a durable item that its image alone is an icon for the whole oil industry. So why do some of these units end up as twisted-up 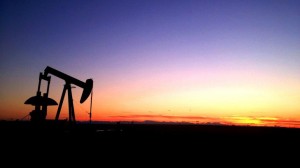 debris in a boneyard?

Pumpjacks are designed, as per American Petroleum Institute (11e) specifications, to last 100,000 hours, or about eleven and a half years of continuous service. Those who own 1950’s era pumpjacks with virtually immaculate gearboxes, will tell you they can last a lot longer than specified. The secret: good old-fashioned maintenance! The high market value for pumpjacks should be a good incentive to keep them in top condition at all times. Preventive maintenance on pumpjacks is at an all-time low though.

The Ampere meter on electric drivers, and the vacuum gauge on gas engines, are the installer’s simplest indicators of even loading

With some leases swapping nameplates faster than a roughneck miles out a corporate half ton, maintenance and lubrication often get overlooked. The problem is often not during installation, as most installers know their jobs and do an excellent job of making final adjustments to counterbalance, bolting, level grades and lubrication. The Ampere meter on electric drivers, and the vacuum gauge on gas engines, are the installer’s simplest indicators of even loading on the up-and down stroke. A dynamometer session is recommended at intervals dictated by the well’s behaviour, whenever changes to fluid ratios or fluid depths occur. However, more static wells may need less frequent intervals.

We know that  typical failures don’t happen overnight shortly after installation. Instead, they’re nagging little noises which develop into annoying rumbles after a while, leading to an inevitable catastrophic failure. The best tools in the battle against failure are your operator’s eyes, ears, and even his or her sense of smell. “Noises tell you something. Weeps and leaks tell you something” says Lyle Smith, now retired owner of the once successful Pahl’s Maintenance in Red Deer.

The visual inspection is the easiest to accomplish (sometimes at high speed on the way to the next lease, thus is the reality). A visual inspection will reveal loose bolts, shiny, cracked or chipped belts, but the ears can tell a lot about a jack too. Smith puts it like this: “get the unit running right first. One of the big deals is getting rid of noises, that way you have to pay attention to any noise after that. Sometimes you can even smell it” says Smith, referring to items such as dragging brakes, slipping belts or clutches. An operator is more concerned with the day-to-day operation of the jack but “An expert will look from brake handle to the wellhead and from the gravel to the head” says Smith.

Interestingly, experienced erectors are hard-pressed to come up with the number-one component to fail on pumpjacks. The number one cause is no mystery though; it’s neglect. Mechanically, it’s always the weakest point on the jack that fails, but that can vary with different brands. It may be a wristpin on one and a tail bearing or common manufacturing defect on another. A hanger cable wear pattern on the head can tell you if you have an alignment problem, either in the unit or perhaps you have an unequal crank arm situation, which is sometimes seen on some of the “boom construction” jacks of the 80’s and during the recent shale boom. (OilPro found 15 year old jacks which were built with a 5° list right from the factory!) This defect is determined by wear marks  on the head, so the head itself is the visual indicator in such a case.

One cause of failure seen less frequently is faulty sizing of jacks. Predictive sizing software does a lot to eliminate undersized jacks over the last 20 years.

What has changed over the years is that fewer producers are willing to spend the small expense per unit per year to perform preventive maintenance. Such maintenance involves checking the oil in the gearbox and hitting all the lubrication points. These simple procedures tell a lot more than you might think.

As for oil: There are labs which will run tests an oil bath samples which will reveal moisture content, total solids and oil viscosity. Though not the be-all and end-all, it reveals a lot about the gear box’s condition, and with a multi-year history of that same oil bath it shows a trend in the oil’s performance characteristics. The key is that some gearboxes need frequent oil changes, whereas others can go years without a change.

Factors affecting the oil lifecycle include load, weather, temperature, gearbox color (yes, it’s different for silver vs black!), location in a field vs. slew, wellhead gases and more. Oil, if it’s the right oil, can hold lots of water and impurities and still maintain ph and lubrication. Few oils are specifically formulated for pumpjacks. Top-of-the-line is considered to be the ESSO’s IOGEAR EP100. Good oils don’t emulsify but instead drop out the water and drop it in the bottom of the purposely over sized oil bath. Most gearboxes have this built-in trap incorporated which acts like the sump hole. It’s not in the active oil layer. At some point enough crud accumulates and plugs up oiling holes in the drive mechanism. In winter oil may hold enough water to block a return hole through freezing, so catching these issues in time can make a big difference, especially in our climate where temperatures easily vary 30 degrees Celcius above and below freezing.

As for those handy grease lines at the bottom of your Samson post: disconnect them please!

Greasing is the other lubrication factor which easily addresses structural bearing concerns. For example, bearing failures can be caught by assessing if the shaft is still centered in the assembly after greasing. If grease leaks at the top, a shaft is likely worn. If it leaks all around, the first indicator is a worn seal, and so on. And in the process you’re greasing it! As for those handy grease lines at the bottom of your Samson post: disconnect them please!, says Smith: “If you’re not right at the assembly, you’re only doing half the job.

Bearings can be further inspected by loading them in a specific fashion. States Steve, of Complete Pumpjack in Fort St. John, “If there’s play, you have a problem. A rusted-up bearing might not show, but it will show excessive movement.” Like Smith, Steve also recommends as the number one diagnostic tool the senses. Disconnecting the engine from the jack and running it individually to isolate engine-related noises from the jack will identify knocks in the engine caused by various factors such as timing errors in gas drivers. But when it comes to jacks, “it’s like you’re asking to pull their teeth to get them to do preventive maintenance on jacks” according to Steve. “Some companies don’t even do dynamometer readings”, and thus never really know the jack is performing optimally. In a time when used pumpjacks sell for as high as 85% of replacement value you have to ask yourself this “I worth the few bucks a year you’re saving on preventive maintenance?”

There is a global shortage of pumpjacks but the good news is that OilPro can help. We supply both new and remanufactured pumpjacks that you can rely on. Call OilPro at 403 215 3373 or email us at [email protected] to discuss your requirements in more detail.