Vapor Recovery In A Fuel Tank: What Are The Options? 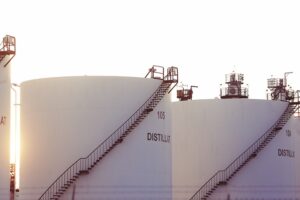 Vapour recovery refers to collecting flash gas (vapour) from oilfield storage tanks to prevent them from entering the atmosphere.

This can also lower the risk of you running afoul of regulatory rules.

While most tank operators use a Vapour Recovery Unit (VRU) and Vapor Recovery Tower (VRT) (also known as gas boot) of some kind, they aren’tt 100% effective.

Then there are the side effects associated with this technology, namely intermittent flow issues as well as freezing and clogging.

One way to deal with this issue is to consider a different way of handling vapour recovery, different from the traditional method of pulling vapor from a tank.

Would you be interested in an option that can offer huge improvements in vapor recovery, up to 18% in fact?

Let’s take a closer look at this below through the Xtreme Tank Tool (XTT) from OilPro and XTTCanada and compare it to more traditional methods.

When the oil is released into a tank, it is the first time in its existence that it sees atmospheric pressure. This is mother nature’s first distillation process. Gasses release break out of the oil and need to be captured or the gas (VOC) will go to atmosphere.

The XTT Tool sits in the critical area where all this action is taking place; the “Flash Zone”. The Flash Zone is a reference that process facilities use to describe the area or process of a distillation column. This is a designed area of a column built to release vapours from liquids.

As we can see from the Google trends image below, the global interest in topics such as vapor recovery, VRU’s and tank vapours in general are steady. There is real interest in learning about these and similar topics.

This is of particular interest now that the emphasis is placed on short term GHG effects vs the total lifetime effects of various greenhouse gases as is addressed here.

Why the XTT is unique

Oil production tanks process crude and produced water with hydrocarbons in them 24/7/365. At most sites, the tank storage stage is the oil’s first chance to see atmospheric pressure and where the last . The tool is working and removing vapors as soon as the gas (VOC) break out of the liquids because its working in the flash zone.

The XTT is unique because it reads pressure on the tank at this volatile, reactive area of the tank; the “Flash Zone”.

Creating a pressure transmitter trend on a production tank on the roof of a tank versus reading from the flash zone will indicate two very different trends.. The roof trend will be steady horizontal line with little movement.

The XTT-mounted transmitter in the “Flash Zone” builds a trend of more active pressure readings with spikes of pressure releasing from the liquids as liquids make their way into the tank from upstream pressure equipment.

Compared to systems pulling against gravity, from the roof of a tank or the top of a vapor tower, the XTT Tool proves gains of up to 18% volume.

The XTT tool captures the complete spectrum of gases. An XTT mounted pressure transmitter reads in the “flash zone”, the most volatile area in the tank, for a more direct interaction between VRU and in-tank operation with greater reliability and fewer system upsets or energy wasted on gas recirculation.

Traditional vapor recovery vs the XTT

What is the difference between traditional vapour recovery as compared to the Xtreme Tank Tool?

Traditional vapor recovery draws vapours from the top of the tank only. This removes gases from the lightest ends of the gas spectrum, leaving the heavier gases intact.

The XTT on the other hand offers full spectrum vapour removal for tank owners while also providing other benefits including:

Below you’ll see two visuals that illustrate how traditional vapour recovery methods involve pulling vapours from the top and how the XTT resolves this with full spectrum removal. 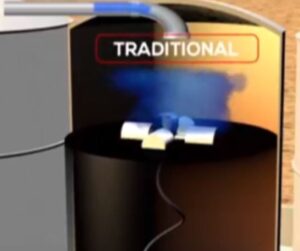 Traditional vapour recovery in an oil tank is limited in terms of effectiveness. 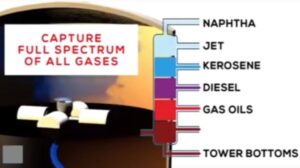 The XTT provides vapor recovery functionality with bottom-line benefits to tank owners beyond just environmental ones.

Contact OilPro directly at 403 215 3373 or by email at [email protected] to learn more about the Xtreme Tank Tool not only for vapor recovery but additionally fire suppression, liquid management and change of atmosphere benefits.