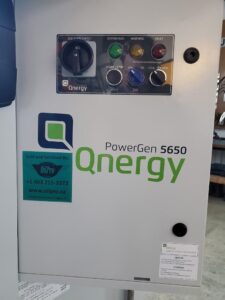 Last summer, the CanERIC Showdown from the Canadian Emissions Reduction Innovation Network was held. It assessed 20 remote power technologies which were narrowed down to 6 field-tests for the final showdown.

We wrote about this event at that time. You can read the initial report by clicking here.

The Qnergy PowerGen supplied by OilPro was not only included in the initial list of 20 competitors, but made it to the final six for the ultimate showdown.

PowerGen is a continuous remote power generator that provides electricity for your mission-critical applications. Powered by a Free Piston Stirling engine, PowerGen offers reliable electricity in even the coldest Canadian winters and hot summers.

OilPro is proud to be a Canadian distributor for PowerGen models across the country and we can tailor a solution that meets your needs.

The purpose of the Showdown was to pit six gas-to-power technologies against each other as part of the Electrical Generation Showdown project.

Each unit was operated almost continuously for approximately one week to monitor and report on the results.

Each of the six contestants was graded on the following factors:

The result just came in and Qnergy’s PowerGen from OilPro performed incredibly well not only head to head against its 5 competitors but also in terms of its greenhouse gas (GHG) emission reductions, as we’ll see below.

A few important takeaways from this test:

-The OilPro supplied PowerGen 5650 consistently delivered the highest methane destruction efficiencies of all technologies, both at 25% and 100% of rated electrical generation capacity. 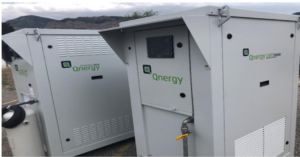 -The test showed that “energy efficiency and GHG reductions are larger for combined heat and power (CHP) units” which includes the PowerGen 5650 which has a micro CHP Stirling engine.

The PowerGen is the obvious choice for your remote power needs and with winter on its way, its the ideal year-round solution due to its superior performance, even in cold Canadian winters.